Because the scruffy guy I was nervous about at the ATM runs to return the credit card I dropped. Because stranded on a frozen subway platform with my daughter, completely lost, I hear a clap of hands. “O.K. where’s the coffee, huh?” and turn to see a young Nuyorican cop, grinning and ready to save me. Because coming out to shovel my walks, I discover my car’s been cleaned off already, “snow fairy” and a heart on the hood.

Because at the Y Kenny’s always cheerful when he checks you in. Because, a golden gloves veteran, he donated his equipment for an after school class. The kids are city poor, gather around him, hang on every word. “Looks like a good match,” I say to the director. “Yes,” he replies, “because Kenny had a hard knock childhood himself.” Four weeks later, Kenny arrives as I do. “Kids’ll be here in a few minutes,” he grins, hurrying. “It’s great that you’re here for them,” I observe. “I think—I think I found my passion,” Kenny breathes, excited as a lover.

Because on a snow day, James, Marilyn’s RTD bus driver, tells his supervisor to look for “a little woman with a hat and a couple canvas bags.” “Your bus is running real late,” the supervisor tells her. “I can give you a ride to the next one.” And on the day she was engrossed in her reading, James called, “Marilyn, it’s your stop.” Because on any bus, when a person’s running to catch it, passengers shout to the driver, “wait, wait: someone’s coming.”

Because of unexpected appreciation: graphic designers get asked to do more pro bono work than any other career group, but I could be biased. My husband the graphic designer took on the Whittier neighborhood newsletter again, after many years. The usual problems: people haven’t written articles, he has to fact-check and fill space, it must go to the printer Monday. He spends the weekend on it. Cathy, another Whittier designer, proofs it, he makes corrects Sunday and it’s done. Later we notice the mailbox lid open, find a thank you note and plate of homemade brownies, still warm.

Because on my walk, I approach a black man standing on the sidewalk, talking, hand to ear. This sight is so common I give it no thought, but then realize there’s something wrong with this picture: the thing in his hand has an antenna, is bright blue plastic, too big. “Where are you now?” I hear as I pass him. And the child on the other walkie-talkie bursts through the door, excited: “Here I am, Grandpa!” Grandpa smiles at me, says, “It’s fun being five again.”

Because every summer morning between 6:15 and 6:30, I hear the shopping cart in the alley, the opening and closing of dumpster lids. I got up once to look: a small older man, perhaps Mexican, collecting cans, my punctual wakeup call for three months. A friend from the next block says she learned he was deaf when her neighbor came out to the alley to sign with him. She likes to exercise her signing ability, saves cans for him, likes to make sure he’s doing O.K.

Because Jenn and Eric catch me raking leaves and protest. “They are our leaves,” they declare, waving at the tall old maple in their next door yard, “and we’re going to mulch them for the garden.” They vacuum my lawn clean the same day. “We do unneeded work interventions,” Jenn informs me.

Because on my neighborhood newsletter delivery route, I pass from mostly single family homes to mostly small duplexes and apartments, some with trashy yards and ripped storm doors. One unit of eight tiny abodes, four each side, face each other across a naked, narrow courtyard I’m always hesitant to enter. One warm day of open windows and doors, as I step in I hear a child’s voice, stumbling as he reads and a patient male voice asks, “what’s the first letter?” and helps to sound the word out.

Because of my former students: several have served in Teach for America, including Briana, who discovered a love for small children there, now teaches kindergarten in Southside Chicago. Because another raises money for a visit to Palestine, to do workshops on the impact of the wall on children’s lives. She has discovered, she tells me, that connection is everything. Because singing on a cruise ship, Mica posts an appeal. Does anyone have the sheet music for Gounod’s “Je veux vivre”? Within hours, friends respond, one of them also a former student: try IMSLP he says; it’ll be in the score, says another. It’s Act I, isn’t it? A third announces, got it! I’ll scan and send today. Because this happens eight years after Mica graduated from our arts high school. Because sometimes it seems no bond is so enduring and yet so light as that formed by the arts.

Because Shelby, former student, posts a photo of her newborn son with this Iris Murdoch quote: Love is the extremely difficult realization that something other than oneself is real. 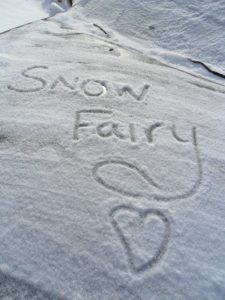