All Things of Our Tragedy

I attempted this book several years ago. Since Russia invaded Ukraine, I’ve been haunted by quotes I saved from that partial reading. If you want to understand the Balkans, Francine Prose says, you must read this book, Rebecca West’s masterpiece. I was interested because my grandmother, whose maiden name I have, was from the Balkan country now known as Slovakia. Ukraine is not a member of that group but is in the neighborhood and has been subject to many of the same historical events. 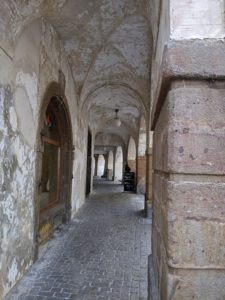 An anti-fascist, Rebecca West attacked her own English government for appeasing Hitler. She also attacked her colleagues on the left for their pacifism. The left was enthralled by Joseph Stalin. The communist revolution was the dawning of a new, better age for common folk, they thought. Wishful thinking, it turned out. West thought Stalin had a criminal mentality. She was right, as we learned not soon enough.

West focused on political and social issues, including humanity’s habit of inhumanity. Before and during World War II, she travelled widely, collecting material. In 1936 – 1938, she made three trips to Yugoslavia, a country she came to love, seeing it as the crux of European history since the late Middle Ages.

Black Lamb and Grey Falcon: A Journey Through Yugoslavia, 1150 pp., is the result of those trips. 1150 pages. It’s a tome to read in sections, maybe every few years. I’ve read a third of it. Beautifully written, full of insights, history, telling anecdotes. Germany invaded Yugoslavia in April 1941, as this book was being published.

Like Ukraine, the Balkans have a long and troubled history, its countries created and destroyed and rising from ashes again and again. The Ukrainian author Oksana Zabuzhko, in her 2016 essay “We, The Deported: A Coda,” writes about the many times soldiers have come to say, “you must leave, this is no longer your home. Transport is waiting.” She writes about those who were exiled to Siberia or brought by cattle car two generations ago to work the mines in Donbas. She writes about the “virus of acquired home deficiency.”

There are Holocaust survivors living in Ukraine who were liberated by Soviet soldiers in WWII. A few of those same people now flee from Russian invasion, some reaching Germany for safety. How dizzying, how ironic that historic reversal must be for them.

A few weeks ago, an elderly Ukrainian woman said Russian soldiers behave badly, just as German soldiers did, only now she can understand what they’re saying. One of West’s Yugoslavia guides says, “now we must walk and I will show you all things of our tragedy.” Eastern Europe is one of the many parts of our world with centuries of tragedies to recount. West, toward the end of her book:

Yugoslavs are well aware of the difference between good and evil. They know that a state which recognizes the obligation of justice and mercy, that is to say a state which forbids its citizens to indulge in the grosser forms of hatred and gives them the opportunity to live according to love, has more chance to survive in the world than a state based on the scurrying processes of murder and rapine; and they know too that if a state based on love bows to the will of a state based on hatred without making the uttermost resistance it passes into the category of the other…therefore they chose that Yugoslavia should be destroyed rather than submit to Germany…

That passage reminded me of how Ukraine is fighting now, and why. Whether West’s assessment in 1941 was accurate or romantic, she was right again. Yugoslavia is gone, splintered into seven countries with the fall of the Soviet Union, including my grandmother’s birthplace. But long before that happened, when I visited her in Queens in the 1960s, she waved a dismissive hand: “the country I’m from no longer exists.” After all, Katerina Dubrava was born in the Austro-Hungarian Empire.

History, it has famously been said, is a thing we are doomed to repeat. Knowing our complicated history seems to make little difference. Somewhere in this hefty book Rebecca West observes, “It is sometimes very hard to tell the difference between history and the smell of skunk.”

6 Responses to All Things of Our Tragedy